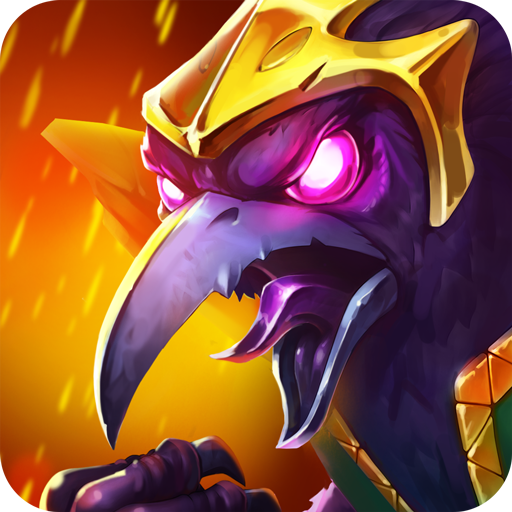 Mighty Party is a turn-based strategy RPG that is an excellent example of combining action, strategy, battle rpg and turn-based roleplaying games. We took the best from different genres to create an amazing experience for you in the world of Massively Online Role-Playing Games. Challenge mobile gamers from all over the world, crush your enemies in battle arenas and rise to the top! We will change the way you think about Battle chess RPG games!

Various battlefields with random obstacles and different heroes with unique bonuses
to hone your strategy skills. Explore the map, defeat powerful bosses and mighty magical creatures, build your storyline, accept quests and embark on a journey!
Assemble your forces and lead your Mighty Party to Victory!

Collect and evolve hundreds of heroes and monsters with unique abilities and epic combinations of magic and fighting skills. Upgrade their equipment and skills, marvel at their new costumes and abilities, strengthen your team! Warriors, Knights, Undead, Mages, Elves, Dragons, Orcs - there are hundreds of magical creatures and countless characters to choose from!

Plan your own offensive and defensive turn-based strategy with thousands of card combinations, because powerful heroes alone can only get you so far. Use your wits, come up with tactics and strategy, use brute force, and slay your enemies!

Join other players in guilds and clans to crush opponents and bosses for the most valuable loot and claim the battle chess RPG victor's crown!

Evolve your warlord for a better appearance and abilities, and combine them with your battle chess deck of heroes and monsters.

Some Features:
● Challenge other players all over the world in battle chess!
● Join other players in guilds and clans to conquer all!
● Level up your hero!
● Come up with your perfect strategy!
● Gorgeous graphics and a wide range of locations!
● PVP battles in real time!
● You can try to be afk at any given moment - no problem! You can even try to be an AFK Hero in battle arenas! But will you be a successful afk player? We don’t know.

Note:
Mighty Party is free to download and play, however, some game items can also be purchased for real money. If you do not want to use this feature, please set up password protection for purchases in your Google Play Store app settings.

A network connection is required.

Support:
Are you having problems? Please contact us via e-mail: [email protected] or in-game by going to Settings > Support.