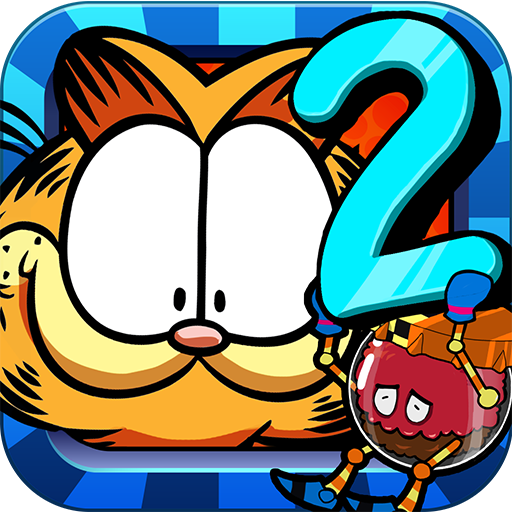 After their previous demise, the Food Invaders have sworn to take revenge on Garfield! They have amassed an even bigger army that would stop at nothing to take all of Earth's remaining food. As if Garfield would let that happen!

*** PLAY AS GARFIELD, ODIE OR NERMAL ***
Each with their own unique stats and abilities!

*** TEAM UP WITH ALL OF GARFIELD'S FRIENDS ***
The whole cast of characters is here to drive those aliens back!

*** TRAVEL TO CITIES AROUND THE WORLD ***
Every country is under attack! Stage a worldwide defense in over 60 different levels!

*** STRATEGIZE YOUR ATTACK AND DEFENSE ***
The aliens have a powerful army so use every tool and character to your advantage!

Join the popular orange cat on a grander adventure around the world, battling these extraterrestrial horrors and saving the world's food!